Global surface temperature increased by around 1°C since 1900, largely because of anthropogenic greenhouse gas emissions. Superposed on this warming trend were pronounced inter-decadal fluctuations, especially within the Arctic. Decadal-scale variability is also found in Eurasian winter temperature, Atlantic hurricane activity as well as African, Indian and East Asian Monsoon. The nature and interrelation of these fluctuations that are often of great societal and economical relevance, remains, however, unclear. InterDec brings together scientists from ten leading climate research institutions to deepen our understanding of mechanisms of decadal-to-interdecadal climate variability in different regions, their interrelations and resulting predictability potential of extreme weather and climate events. 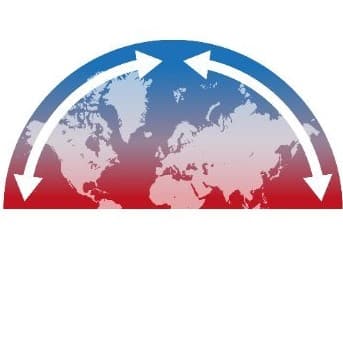 Knowing the factors driving climate variability is extremely valuable for improving and interpreting climate forecasts and climate change projections. Increased reliability of climate predictions is not only important to decision makers itself, but also helps
developing and implementing international climate and sustainability agreements. Natural variability is large and important, even for long-term future regional climate changes. Stakeholders need to be prepared for large, decadal scale and longer deviations from multi model mean future changes. The dependence of Tropical Pacific-North Atlantic teleconnections on background state has strong implications for subseasonal predictability in the North Atlantic European region. Understand this is valuable for multiple industries in society.

LPI of the project

My name is Dr. Daniela Matei, Max Planck Institute for Meteorology, Hamburg, Germany, I am the Lead Principal Investigator for the project. I am a climate scientist focusing on ocean’s role in the climate, interannual to decadal climate variability and predictability, near term climate predictions, teleconnections, and climate change impacts.

We are interested in the processes that establish Earth’s climate and that cause it to change.

Climate Services aim at providing more reliable climate information for the near future (months to decades) relevant for local and regional users. Within this broad context, variability of polar and tropical systems affects a large proportion of the world population. This call with the Belmont Forum aimed to contribute to the overall challenge of developing climate services with a focus on inter-regional linkages role in climate variability and predictability. Eight multi-national projects have been selected for funding through this call.