Paris-Est Sup, founded in 2007, is a national community of universities and establishments (Communauté d’Universités et d’Établissements – ComUE) which comprises 16 institutions characterised by the diversity of their missions and their ministerial links. The whole Paris-Est site is historically built around two geographical areas: the Cité Descartes in Marne-la-Vallée and the Créteil Maisons-Alfort site. It also includes many facilities on a regional level with the UPEC and Université Gustave Eiffel campuses, as well as on a national level with the latter institution’s various campuses. 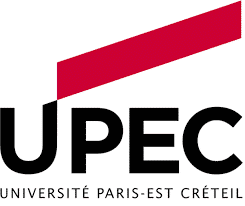 SOLidarity in climate change Adaptation policies: towards more socio-spatial justice in the face of multiple RISks

Enabling Societal Transformation in the Face of Climate Change

SOLSTICE is a joint transnational call for proposals. JPI Climate invited the SSH community to take the lead and to submit proposals that address the societal aspects of climate change. Building on an emerging trend of research, SOLSTICE offered a transnational framework with higher levels of funding than before. The rationale for this call was outlined in the JPI Climate's 2019 White Paper on societal transformation in the face of climate change.