Flensburg lies near the German-Danish border at the end of the approximately 35 km long Flensburg Fjord.

Flensburg is a pleasant town with a homely atmosphere; its appeal stems from being a mixture of cosmopolitan harbour and trading port and a place of traditional tranquility, heavily influenced by its close proximity to the water and the meeting of two cultures. 400,000 Germans and Danes live in the immediate neighbourhood with 86,000 in Flensburg itself; the commercial, cultural and tourist centre of the region.

Apart from Flensburg’s role as a maritime centre on the Baltic Sea, the town also has an important function as the gateway to Scandanavia . Several hundred million marks are converted into border trade yearly. 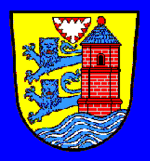 Enhancing the value of climate data

ERA-NET Cofund for Climate Services - This ERA-NET Consortium has been designed to boost the development of efficient Climate Services in Europe, by supporting research for developing better tools, methods and standards on how to produce, transfer, communicate and use reliable climate information to cope with current and future climate variability.